Our Mission and Responsibility
​ 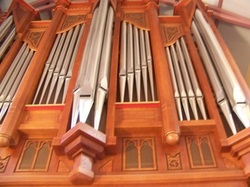 The East Carolina Musical Arts Education Foundation, or “ECMAEF”, was formed in 1998 to encourage and support collaborative ventures between St. Paul’s Episcopal Church, the East Carolina University School of Music, and the City of Greenville North Carolina. It focused on the C. B. Fisk pipe organ opus 126 and  concert space at St. Paul’s Episcopal Church.  ECMAEF was created as a non-profit corporation to develop musical projects, including concerts and educational workshops, to enrich the cultural offerings in Eastern North Carolina available to a broad diversity of audiences, and to encourage continued interest in and performance of organ and choral music.  The board of directors of ECMAEF is composed of representatives from St. Paul’s Episcopal Church, East Carolina University, the City of Greenville, and members of the arts community beyond Greenville who strongly believe in and support this effort.  The continuation of the work of ECMAEF is dependent upon contributions from individuals who attend our concerts and who support our mission.  All contributions are tax-deductible under Section 501(c)(3) of the Internal Revenue Code. 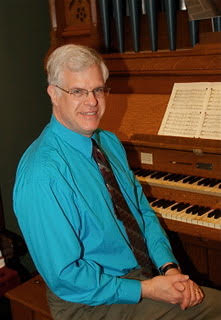 David Arcus is the new Artistic Director of the East Carolina Musical Arts and Education Foundation and was recently appointed as Organist and Choirmaster at St. Paul’s Episcopal Church and Instructor in Organ and Church Music at East Carolina University in Greenville, North Carolina. Before these appointments in summer 2021, he was Director of Music and Organist of St. Matthew’s Episcopal Church in Hillsborough, North Carolina, where he oversaw adult and junior/youth choral programs and presided at the 1883 Hook & Hastings organ in the early nineteenth century church. Since July 2018 he served as Music Director for the Raleigh Convocation Choir, an itinerant choral ensemble dedicated to sharing the great heritage of church music with Episcopal parishes across the Diocese of North Carolina. He was at Duke University for nearly 30 years, where he served in various capacities in the Department of Music, Divinity School, and Duke Chapel.

Dr. Arcus holds degrees from the Oberlin Conservatory of Music and the School of Music at Yale University, where he earned his Doctor of Musical Arts degree. He has received awards in composition and improvisation competitions, and he is in demand as a solo recitalist, having performed throughout the United States, Europe, and Great Britain.

Dr. Arcus' recitals have included premieres of new works by well known composers such as Aaron Jay Kernis, Dan Locklair, and Marianne Ploger. He is frequently commissioned to write new works for organ and choir, and he is also active as clinician, teacher/lecturer, and conductor. His compositions are published by Concordia, Hinshaw, and Wayne Leupold Editions. His CD, The Organs of Duke Chapel, is on the Gothic label.

The Foundation is proud of our prior artistic directors. To learn more about them, please visit our Former Artistic Directors webpage.