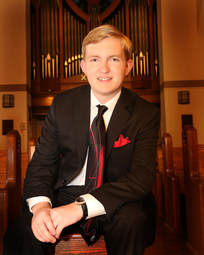 “Rising star” Bryan Dunnewald (of the Curtis Institute
of Music, Philadelphia) performs works of the great
symphonic tradition, including composers such as
Gerre Hancock, Pierre Cochereau and Alfred Hollins.
The centerpiece of the program will be Charles-Marie
Widor’s monumental Symphony No. 6 in G minor. 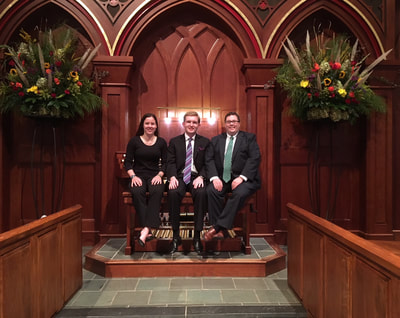 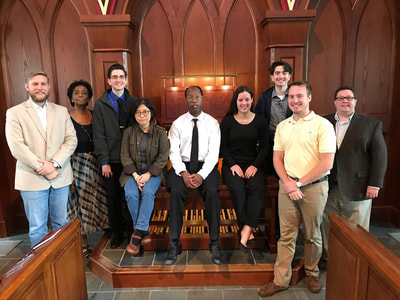 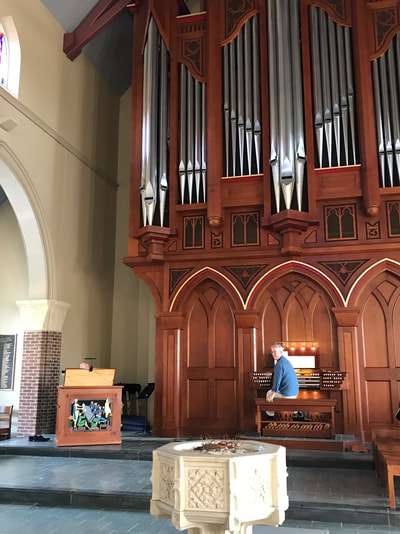 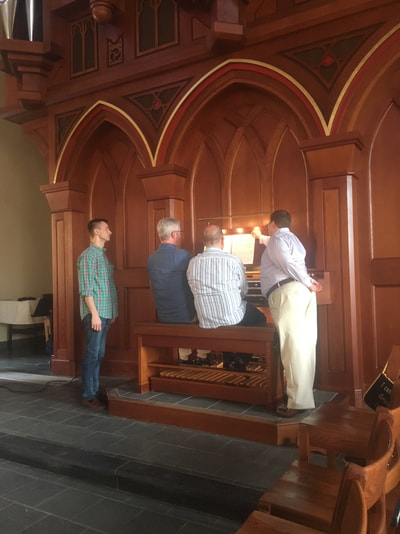 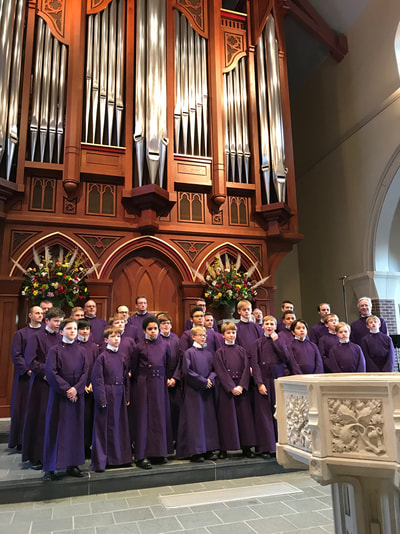 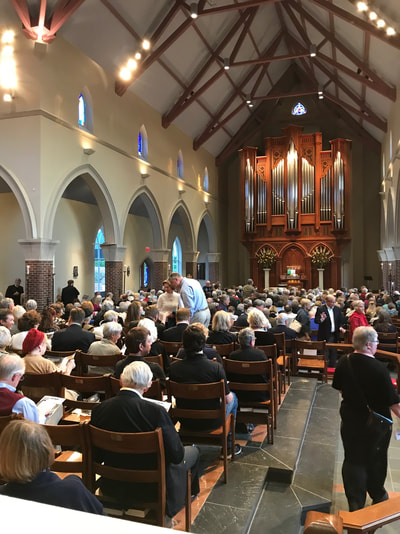 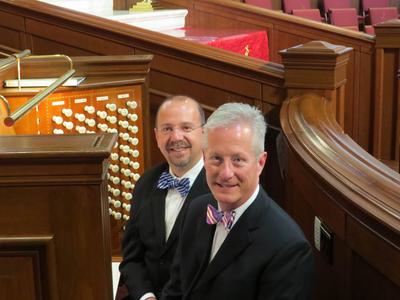 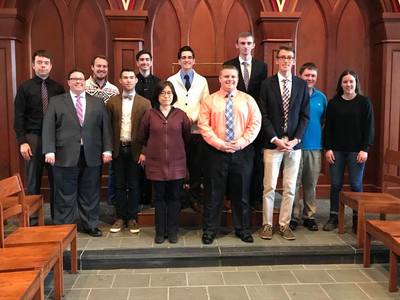 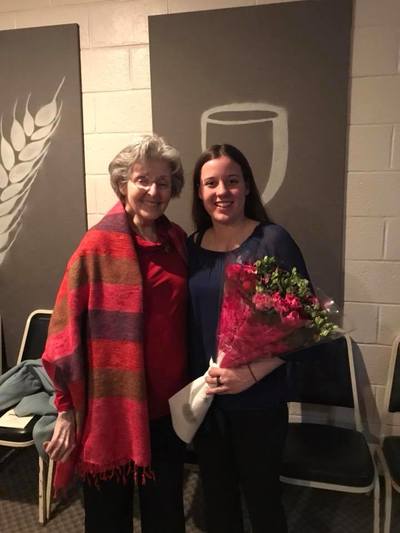 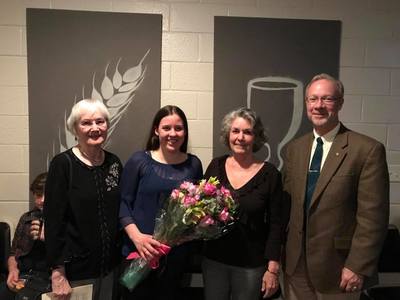 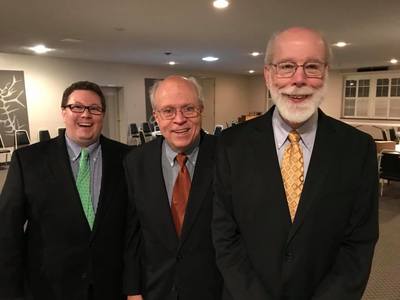 Organ Recital: Andrew Scanlon (Greenville, NC). Saturday, September 19, 2015 at 7:30 p.m.  You may download our flyer for the event here.  Our opening concert of the 2015-16 season continues the 10th Anniversary Year, and marks the inauguration of our new Voix humaine stop. Prof. Scanlon’s program will include music by Bruhns, Hindemith, Couperin, Franck and Walton.

Organ “Spooktacular” Co-sponsored by the East Carolina Chapter, American Guild of Organists. Friday, October 30, 2015 at  6:30 p.m. With an early start-time, this concert is especially appropriate for children and families! A fun, inter-generational Halloween event, the concert is open to all; and remember: come in costume!

Organ Recital: Janette Fishell (Bloomington, IN). Friday, November 6, 2015 at 7:30 p.m. Our community is honored to present Dr. Fishell in concert on the official 10th Anniversary of the dedication of the Perkins and Wells Memorial Organ. On this weekend in 2005, Opus 126 was introduced to Eastern North Carolina and dedicated to the Glory of God and the enrichment of society.  Join us for a memorable reunion and an evening of brilliant organ playing!

​Organ Recital: Paul Weber (Louisville, KY). Friday, February 26, 2016 at 7:30 p.m. You may download our flyer for the event here. In conjunction with ECU’s Tenth Annual Young Artists Competition in Organ Performance, Dr. Paul Weber will perform music by Rheinberger and Vierne on the Fisk organ. Dr. Weber, an organist, conductor and composer based in Louisville,  holds a Doctor of Musical Arts Degree from Yale University and is currently the Director of Sacred Music at St. Martin of Tours Parish. He was previously Professor of Music at Franciscan University.

Organ Recital: Dr. Mickey Thomas Terry. Friday, March 20, 2015 at 7:30 p.m. Mickey Thomas Terry is a native of Greenville, North Carolina, and a graduate of East Carolina University.  He is a critically-acclaimed concert organist who has concertized throughout the United States and the Caribbean, and has been broadcast several times on Public Radio International’s Pipedreams. Dr. Terry has taught on the faculties of both Georgetown and Howard Universities.  In conjunction with ECU’s Ninth Annual Young Artists Competition in Organ Performance, Terry performed music by Bach, Vierne, Dupré, and African-American composers.

Dr. Jekyll and Mr. Hyde: Silent Film with Organ Improvisation. Saturday, November 15, 2014 at 7:30 p.m. View/Download the flyer. Former organist of Gloucester Cathedral (U.K.), David Briggs is among the most important British exponents of the art of improvisation to have lived, his legendary skill not only delighting audiences the world over but inspiring the rising generation of organists to pursue the art seriously. David returns to play the wonderful Greenville Fisk for his improvised accompaniment to John Barrymore's scintillating 'Dr Jeykll and Mr Hyde'.

Organ “Spooktacular”: Co-sponsored by the East Carolina Chapter, American Guild of Organists. Friday, October 31, 2014 at 6:30 p.m. This is a free concert! This fun, inter-generational Halloween event is family-friendly, and open to all.  Bring your friends, children, and neighbors; most importantly, come in costume!

Organ Recital: Dr. Christopher Marks. Friday, September 26, 2014 at 7:30 p.m. Program includes music by J.S. Bach and Joseph Jongen, along with a truly unique array of rarely-heard masterworks.  Dr. Marks is a native of Greenville, and is currently Professor of Organ at the University of Nebraska, Lincoln.

Organ “Spooktacular”: Co-sponsored by the East Carolina Chapter, American Guild of Organists, Friday, October 25, 2013. This fun, inter-generational Hallow-een event is family-friendly, and opento all. Bring your friends, children,and neighbors; most importantly,come in costume!(Note: This is a free concert!)

A Night at the Movies: The Phantom of the Opera, Friday, November 8, 2013
Dorothy Papadakos, organist. Take a step back to the silent films of the early 20th century, with the Fisk organ providing the soundtrack! Former organist of the Cathedral Church of St. John the Divine in New  York, Dorothy Papadakos will improvise an accompaniment “on the spot,” right here in St. Paul’s Church while the 1929 Universal Pictures silent film “Phantom of the Opera” plays on the big screen. To learn more about her, visit http://www.dorothypapadakos.com/.

Organ Recital: Christopher Jacobson, Friday, February 28, 2014. In conjunction with East Carolina University’s 8th Annual Young Artists Organ Competition, guest artist and competition judge, Christopher Jacobson will present a varied and virtuosic program on the C.B. Fisk organ. A graduate of the Eastman School of Music and St. Olaf College, Jacobson is the Assistant Organist-Choirmaster at Trinity Cathedral (Episcopal) in Columbia, South Carolina, and former Assistant Organist of the Washington National Cathedral. He has performed the complete organ works of J.S.Bach in concert.

The Furman University Singers in Concert, Monday, March 10, 2014. Hugh Floyd, conductor, Charles Tomkins, organist. Founded in 1946, Furman Singers (Greenville, SC) is one of the premier collegiate ensembles in America. The group tours across the United States and Europe,
showcasing a repertoire that covers everything from Renaissance motets to the nest
choral music of the 20th century. They join us straight from their performance at the ACDA convention in Asheville. A free-will offering will be taken up in support of the Furman Singers

Concert given by John Cummins

View the photo gallery from this event!

Andrew Scanlon is a recognized leader in Greenville’s music scene.  As Organ Professor at East Carolina University, Organist-Choirmaster at St. Paul’s Episcopal Church, and ECMAEF’s Artistic Director, he maintains a busy schedule of teaching, performing, and conducting.  Having performed throughout the USA, Canada, and Europe, Scanlon brings the music of Bach, Messiaen, Duruflé, and others to the splendid acoustic of St. Paul’s Church.

In conjunction with East Carolina University’s 7th Annual Organ Competition, guest artist and competition judge, Gail Archer will present a program of American organ music by Horatio Parker, Charles Ives, Libby Larson, William Albright and others on the C.B. Fisk organ. International concert organist, Archer is college organist at Vassar College, and director of the music program at Barnard College, Columbia University where she conducts the Barnard-Columbia Chorus. (Note: Admission is free for Competitors and their families)

Friday, October 28, 2011 at 6:30 p.m. -  Organ “Spooktacular” Concert:
(Co-sponsored by the East Carolina Chapter, American Guild of Organists)
This fun, inter-generational Halloween event is family-friendly, and open to all. Bring your friends, children, and neighbors; most importantly, come in costume!

Wednesday, February 29, 2012 at 7:30 p.m.  -  St. Paul's Episcopal Church   Seraphic Fire (Presented in collaboration with East Carolina Musical Arts Education Foundation and East Carolina Chapter, American Guild of Organists).  Miami Based Seraphic Fire is a national “All Star” ensemble of professional singers chosen for their exceptional talent. Founded in 2002 by Artistic Director Patrick Dupré Quigley, Seraphic Fire has garnered national, critical acclaim. Lauded by The Miami Herald as, “one of the best choirs anywhere,” Seraphic Fire has gained a reputation for dynamic, cutting edge performances. ECMAEF and our partners enthusiastically present Seraphic Fire in a program of music for organ and chorus.

Friday, April 20, 2012 at 7:30 p.m.  - Dr. Joby Bell, Organist
In conjunction with East Carolina University’s 6th Annual Organ Competition, guest artist and competition judge, Dr. Joby Bell will present a program of music by Franck, Bach, Gawthrop, Jongen, and others on the C.B. Fisk organ at St. Paul’s Episcopal Church. Dr. Bell's concertizing throughout the United States has met with high acclaim, while his performances abroad have been enthusiastically received in Paris, Chartres, London, and throughout Scotland, Romania, and Hungary. In 2000, he garnered the Audience Prize and Second Prize in the American Guild of Organists National Young Artists Competition in Organ Performance.

Click here for more information on this event and for the 2012 finalists.

Click here for more information on this event and for the 2011 finalists.